Distribution of soil organic matter in the coastal region of Syria: A case study

Soil organic matter (SOM) is a key factor in maintaining soil quality. The main aim of this research was to investigate the distribution of soil organic matter in the coastal region of Syria. For this purpose, thirty-one representative soil profiles were prepared in Latakia governorate from three different land types according to usage (i.e. forest land, rangeland, and agricultural land). Soil samples were collected from the top layer, then analyzed. Results showed that the total organic matter (TOM%), as well as soil properties, varied between the studied agroecosystems. Notably, the average recorded TOM percentages were 5.34%, 4.38%, and 4.07% in forest land, rangeland, and agricultural land respectively. Additionally, matrix correlation between different soil aspects indicated a positive significant (p <0.05) correlation between clay content and Cation-exchange capacity (CEC), and between CEC and TOM in forest land cover. On the other hand, agricultural land showed a positive significant (p <0.05) correlation between water content and each of CEC and clay content, and between clay content and CEC.

Soil is a unique system and a key element in any ecosystem.  It is the outcome of the mutual interplay between the main environmental components mainly the lithosphere, the atmosphere, the hydrosphere, and the biosphere. Thus, the soil is a mixture of mineral particles, organic matter, gases, and nutrients, which by their interaction with water constitute a fertile environment for the start of life on Earth [1].

Soil organic matter (SOM) is considered as one of the most complex components of terrestrial ecosystems [2], where it plays a major role in determining soil and environmental quality. It is involved in and related to many soil biological, physical, and chemical properties [3]. Furthermore, SOM plays an important role in soil formation and enhancing its fertility [4][5]. The combination of organic residues and the products of their decomposition in addition to the parent material decomposition products form a layer rich in humus, which is the starting point for soil profile development [6].

In nature, the SOM does not completely break into CO2 but rather forms humic substances during the secondary disassembly reactions [7]. Those humic substances have a high resistance to biodegradation and are considered to be a long-term source of carbon in the soil [8][9][10]. Nevertheless, the SOM accumulation in soil depends mainly on climatic conditions [11]; soil characteristics [12]; soil moisture [13][14]; and land cover/soil management.

Recently, due to rapid climate change which had started to hit many parts of the world especially in the Middle East and Central Europe [15][16][17]. More attention has been given to greenhouses gases emissions from the agricultural systems [18]. Within this context, [19] reported that amounts of carbon preserved in SOM are three times higher than their amounts in either the atmosphere or terrestrial vegetation. Additionally, [20] reported that an annual increase as small as 0.4% in carbon sequestration in the soil can stop the annual increase in CO2 in the atmosphere.

Although SOM is one of the major components of soil fertility and soil classification research, few studies dealt with this important soil component in Syria. Within this context, [21] reported that SOM in Southern Syria ranged between 0.11-2.65%. Thus, there is a need for more research regarding SOM in the Syrian region and its relation with other terrestrial environmental components. Giving the above introduction, the main aims of this research were: 1) to investigate the characteristics of the Syrian coastal soils, 2) and to evaluate the impact of different land use (i.e. forest land, rangeland, agricultural land) on organic matter accumulation.

Soil profiles were prepared in 31 different locations and different land uses (i.e. forest land, rangeland, and agricultural land) along the Syrian coastal region (Latakia governorate). (Fig. 1) depicts a representative soil profile for each land use. The Pine and Oak were the most dominant trees in forest land, while Myrtus communis; and Sarcopoterium spp. constituted the dominant plant cover in rangeland. For agricultural lands, citrus, olive, and cereals were the most common crops in the study area.  After soil description, only topsoil samples were collected (i.e. A horizon) for the purpose of the current study. Later on, soil samples were transferred to the laboratory for further analysis. 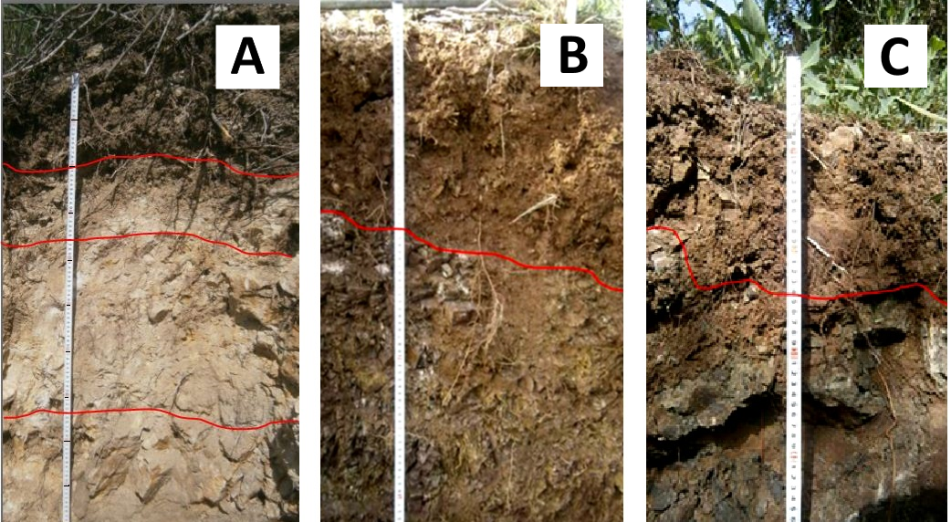 Figure 1. Representative soil profiles from the studied area: (A) agricultural land, (B) rangeland, and (C) forest land. The red lines represent borders between soil horizons in each profile.

Soil characteristics in the study area

In total, 15 samples were collected from agricultural land, 5 samples were collected from rangeland, and 11 samples from forest land (Table 1). The pH of forest soils ranged between 7.10-8.20; clay content was 14.26-76.67%, and water content was 4.38-11.50%. The soil was not found to be saline but calcareous as the average CaCO3 was 41%. In rangeland soil pH was 7.70-8.00; CaCO3 was 50.99-78.46%, and BD was 1.02- 1.78 g/cm3. Remarkably, the average percentage of water content, clay, pH, and EC were higher in agricultural land than those in the other agroecosystems. These results could be attributed to intensive agricultural activities such as fertilization, irrigation, and crop rotation which affect these physicochemical properties. 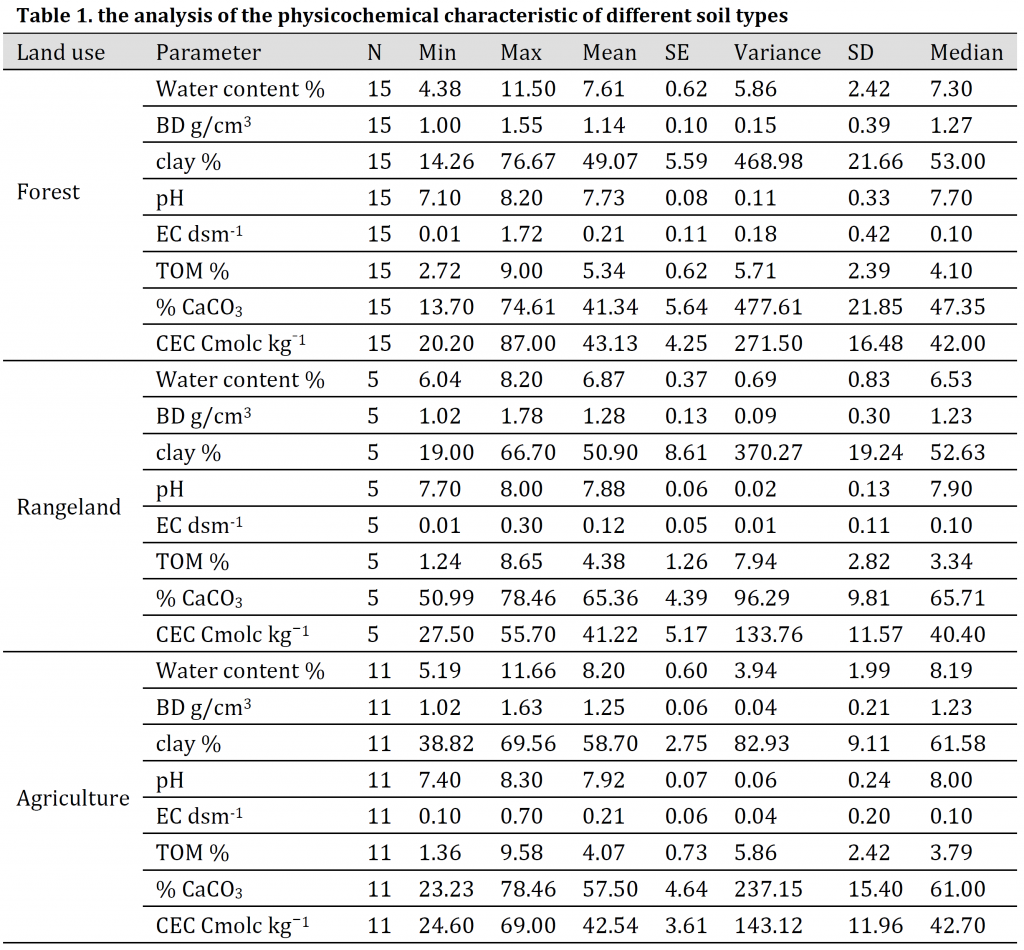 Table 1. the analysis of the physicochemical characteristic of different soil types

In the studied agroecosystems the TOM ranged between   2.72-9.00%, with an average of 5.34% in forest land, 1.24- 8.65%, with an average of 4.38% in rangeland, and 1.36- 9.58%, and an average of 4.07% in agricultural land. Notably, the average of TOM was the highest in the forest land followed by rangeland and agricultural land. The higher TOM content in the forest agroecosystem can be explained by the Lower decomposition and higher organic inputs under forest conditions. On the other hand, the lower TOM values in agricultural lands are attributed to the various agricultural activities such as cultivation and traditional tillage which accelerate organic matter decompositions, in addition to burning crop residues which is a commonly carried out procedure [15].

Figure 2. Correlations matrices between the studied soil characteristics in forest land (A), rangeland (B), and agricultural land (C). Circles sizes and colors represent Pearson’s correlation coefficient (r) value and the X over the circles stands for a non-significant correlation (p<0.05).

It is expected to observe a correlation between CEC with each of clay and TOM, as both of these components provide an adsorption surface with a negative charge for soil cations (Ca+2, Mg+2, K+, Na+). Additionally, high clay and TOM contents increase soil’s water capacity, as clay particles have a larger surface compared to sand and thus, they can hold larger amounts of water [23].

Correlations between total soil organic matter and some soil components

The Syrian agricultural sector plays a vital role in national development and contributes 14% of the national gross domestic product (GDP) [24]. Notably, the coastal region of Syria suffers from many issues such as deforestation and miss land use management [25]; soil erosion [26][27]; and climate change [28]. Therefore, taking into consideration the key role of organic matter in agricultural production in general, proper management of land resources especially its organic matter content is an essential step toward national development. Our study demonstrated that the average of TOM in the coast region of Syria ranged between 1.3 -9.58% with an average of 4.07% which refers to the proper agricultural practices in general; however, elevating the awareness of the organic component importance is crucial to enhance these figures further, especially in poor soils. 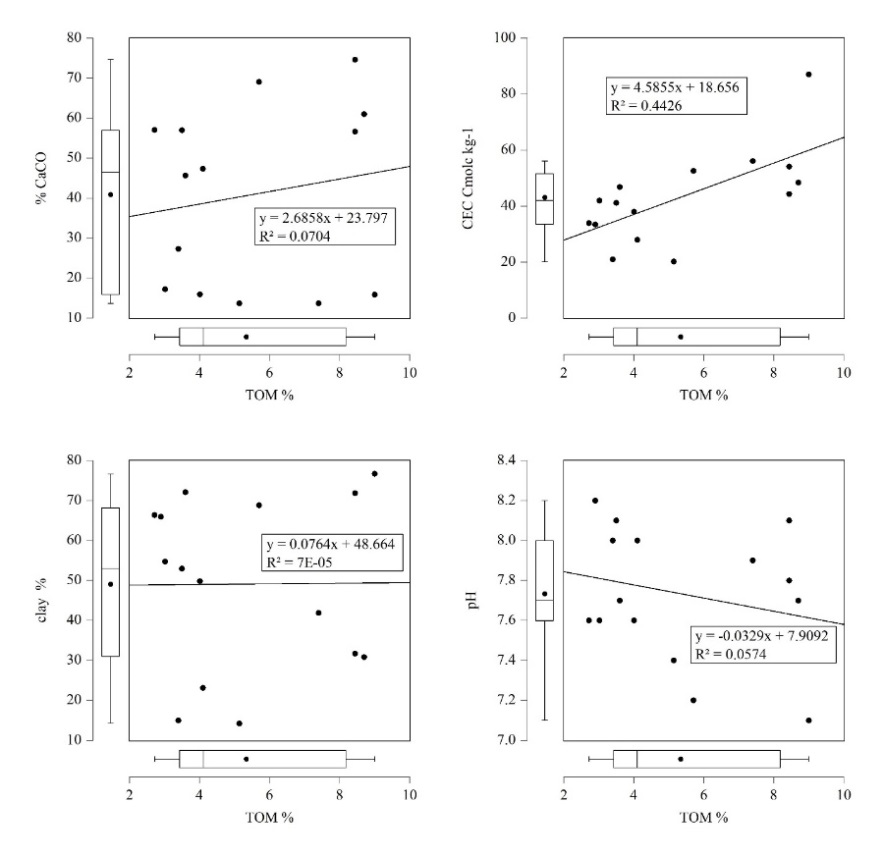 Figure 3. Scatter plot between some soil characteristics and TOM in forest land. 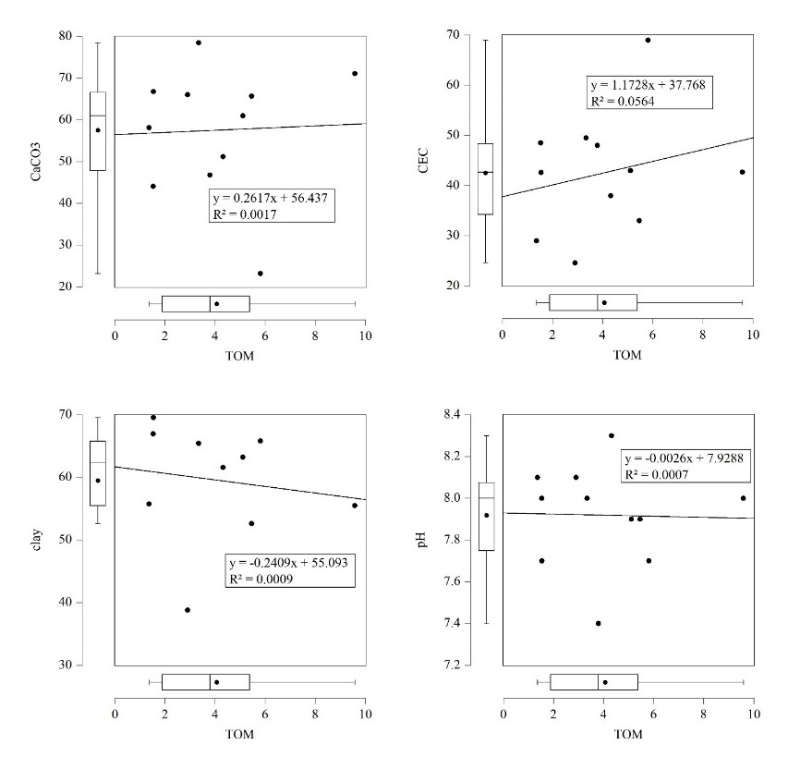 Figure 4. Scatter plot between some soil characteristics and TOM in rangeland 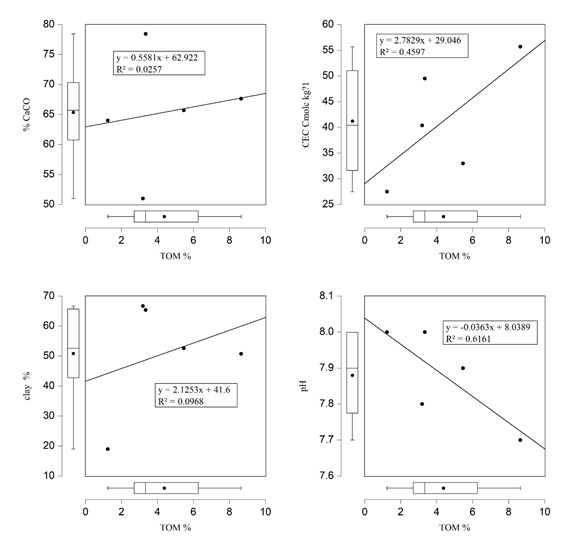 Figure 5. Scatter plot between some soil characteristics and TOM in agricultural land